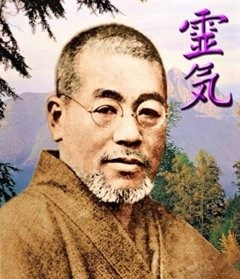 Mikao Usui was born on 15th August, 1865. Having learned under difficulties in his childhood, he studied hard with efforts and he was by far superior in ability to his friends.

After growing up, he went over to Europe and America, and also studied in China. He experienced a variety of occupations such as office worker, entrepreneur, journalist, politician's secretary, missionary, supervisor of prisoners and so on. As he faced both sides of society through his experiences and studies, he explored the greatest theme: "What is the purpose of life?"

As a result of his devotion of his studies he concluded that the ultimate purpose of life is to "know and accept one's fate and maintain peaceful self, and to be free of everything". This can be explained as "After you have done everything you had to do, you should leave what you cannot change to the Universe and keep peaceful self without worrying about anything at all". Happiness is to know the truth by leaving behind the ego and reaching eternal joy.

Mikao Usui went into Zen practice and trained himself for three years to experience such state of mind. In spite of all trainings, he couldn't attain spiritual enlightenment and asked his teacher of  Zen how he should keep practicing to reach the true state of happiness.

To find it, he started fasting on Mt. Kurama. It was in February 1922. At midnight after three weeks, he felt great shock in the center of the brain, as if being struck by lightning, and lost consciousness for some hours.

It was dawn when he became conscious, and he found that he was filled with an extreme refreshment that he has never felt before. When he had felt the great shock in his brain, Reiki of the Universe had pierced his body and mind, and he had resonated with Reiki in his body. He experienced a sense of oneness with the Universe: "I am the Universe. The Universe is me". He had finally completed the true awakening.

Running down from the mountain with joy, he tripped on the root of a tree and fell and broke his toenail. When he put his hand on the toe as a reflex action, the pain was quickly removed and it cured immediately. This was the beginning of his healing experience. Mikao Usui not only relieved suffering and diseases from many people, but he also developed the technique that have this ability to large numbers of people after his continuous, dedicated study.

Mikao Usui, who was born to be a generous and open-minded person, became able to put himself into the perfect state of selflessness anytime and anywhere from the moment of his true state of happiness on Mt. Kurama.

In April 1922, he developed the teachings and a system of instruction and established the Usui Reiki Ryoho Gakkai. He began healing people who had psychological and physical diseases by using his method. He also gave the healing ability by energy transmission to anyone who wanted it. His goal was not only to raise the healing ability of his students but also to maintain the health of self and others, as well as to enhance the happiness and prosperity of family, society, the nation and the world, while improving oneself.

Ah! What a great thing he did; he generously shared what he had experienced by himself!

As of today, there are over a million Reiki practitioners over the world in different countries, united by the same goal Mikao Usui had - to spread the Infinite Love by the healing Reiki sessions.

The text above is an excerpt from the Hiroshi Doi's book  "A Modern Reiki Method for Healing".

I highly recommend to read this book, I have one copy that anyone can borrow and it's also available for purchase here - 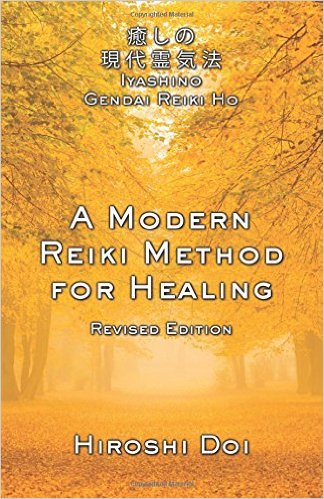